Justine Linderberg - “MS Queensland made it possible for me to return to my own home & continued to help me regain confidence & blossom to a point to giving back.”

Justine Linderberg was diagnosed with MS in 2012 after years of battling symptoms. Being newly diagnosed, MS Queensland provided Justine with somewhere to turn to for facts and most importantly, some comfort that she was not alone.

As her MS progressed, in 2019, and after losing her vision due to frontal lobe lesions, Justine had to surrender her driver’s licence and walking became difficult. Being an adventurous and spontaneity-loving woman, Justine craved the independence she felt she had lost.

Justine was lucky enough to find support worker with an equally adventurous spirit, who helped Justine understand and express her frustrations.  Justine shared stories of the adventures she’d had over the course of her life & the lost dreams. These conversations prompted one of Justine’s support workers to make a tentative booking for Justine to try horse trail riding “blind”. In Justine’s words “I was ecstatic.”

“As I rode the horse, grinning from ear to ear, the horse gave me freedom and adventure.  I also loved just being close and affectionate with the horse.  He was so calming.  As I rode I knew I needed to buy my own horse… You see as long as you can control your animal, you can travel by horse, and since I wasn’t allowed to drive, and the vision loss meant no mobility scooter and no electric wheelchair, I was hanging onto a saddle for independence.” 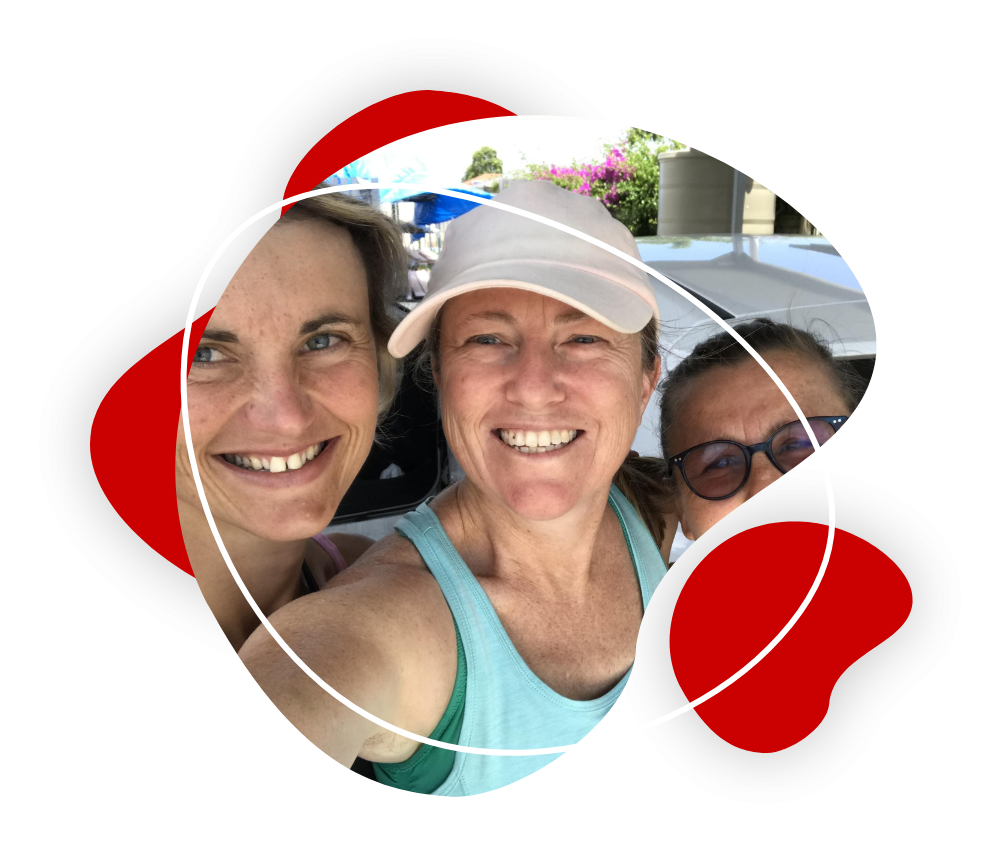 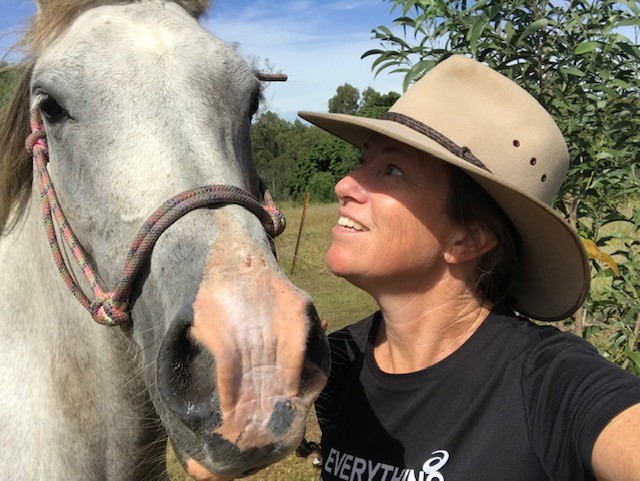 In December 2019, Juliette, a small well-trained Arab horse, entered Justine’s life. It was on this day that Justine and her support worker came up with the idea of their fundraising campaign “100ks To Utopia.”

In August 2020, Justine and a team of supports, including Tammy also in saddle, will travel by horseback 100km from Hervey Bay to Mt Walsh National Park’s Rockpools & Waterfalls Falls. As someone living with MS, this is not going to be an easy feat for Justine. Suffering from 95% vision loss daily, this will go up to 100% as her other symptoms worsen. Other symptoms Justine will be dealing with include cognition issues, temperature regulation, numbness and extreme fatigue. Justine will rely heavily on physical and psychological assistance and a great deal of trust in her support team to get her into the saddle, complete the ride and dismount Juliette safely at the end of the ride.  Perhaps should also mention the incontinence, she will try very hard to not shit herself in saddle.

Before Justine’s Journey to Mt Walsh National Park, she is aiming to raise $20,000 and has already exceeded the half way mark! Successfully receiving major sponsorship donations from businesses such as David Reid Homes, CLM Chartered Accountants, Narellan Pools and GreenPro as well as an enormous amount of support from communities across Queensland.

“MS Queensland really shone in my life when vision loss impacted my life and I was faced with sudden, significant change.  MS Queensland walked the path with me and strongly advocated for me when I was unable to. MS Queensland made it possible for me to return to my own home and continued to help me regain confidence and blossom to a point to giving back.”

Stay connected with MS Queensland to learn about MS, get the latest research updates and events near you.
P: 1800 870 416
E: hello@msqld.org.au

Our vision is a world free from MS and its devastating impact. We exist to help people living with MS to get the best out of life; to advocate for change; and to search for a cure.

Our mission is to be the first-choice for MS information, education, treatment, care and support across Queensland.